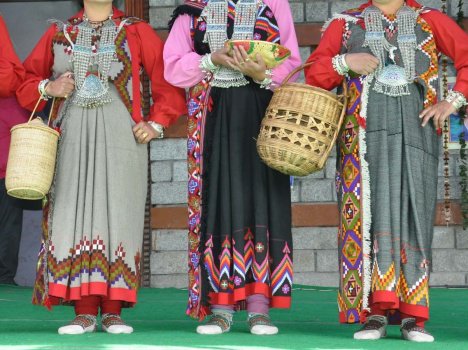 Did you know that Indian handlooms hold 95% of the handwoven fabrics in the world?

It was 7th August 1905, when leaders of the freedom movement like Aurobindo Ghosh, Bal Gangadhar Tilak, Bipin Chandra Pal, Lala Lajpat Rai and several others started a Swadeshi Movement asking Indians to boycott all British products and use only those made in India. To commemorate this, it was decided in 2015 to observe August 7 as National Handloom Day every year.

This was done to bring into focus the handloom sector, help the weavers and the karigars and make the common people aware of the 2,000-year-old rich history and heritage of handlooms.

In 2016, Union Minister of Textiles Smriti Irani had started a #Iwearhandloom campaign inviting people to post pictures of themselves wearing handloom attire, while tagging five others. And social media users went berserk with lots of pictures being uploaded.

But the question to be asked is–how does a one-day exhibition of handloom-clad people help the handloom sector?

Politician and Founder of Dastkari Haat Samiti (arts and crafts market), she has been working with rural artisans of traditional Indian crafts and handloom weavers across the country since 1986.

She elaborates, “Declaring a day for the handloom sector is good but on that day it’s essential to make all the handloom sector workers from the 200 service centers spread across the country be brought forward, hold exhibitions of their work, sell their products, talk about their new experiments and designs to the public. Many things are being done, but a lot more needs to be done to boost up the handloom sector.’’

In India, the handloom sector employs more than 43 lakh people, directly or indirectly, contributing to more than 15% fabric production in the country. It is the second largest after the agricultural sector and plays a major role in the export business as well.

Indian handloom sector holds a unique position as similar sectors all over the world have closed down. Except for very few countries, handloom products have almost vanished from world markets. Indian handlooms hold a major chunk in the handwoven fabric, 95% in the world.

But this is not enough to sustain the sector. Faced with fewer returns on heavy labour, the younger generation of weavers is trying to find new avenues of work to get easy money. And so, an important and unique heritage sector is, unfortunately, facing existential problems.

Union Budget 2018: Why The Handloom Must Get A Tax Waiver