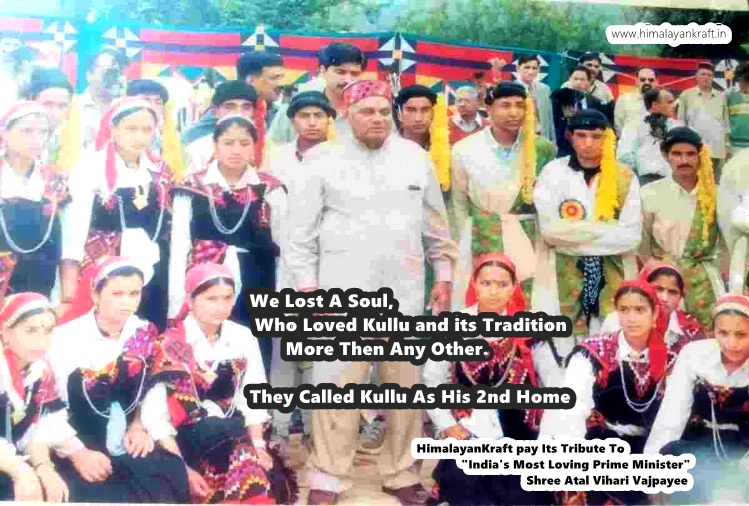 His small house in Prini village near Manali stands live with memories of his love and concern.

In the midst of mounting Indo-Pak tension early last decade, the Himachal Pradesh Police officials were relaxed that the then Prime Minister, Atal Bihari Vajpayee will cancel his yearly ‘summer sojourn’ to Manali in Kullu district.

Keeping them on toes, however, Vajpayee still arrived and spent few days as usual, staying cool, enjoying the green environs, meeting villagers over their small little demands, holding poetry sessions, and satisfying the media with their queries that he answered frankly while on the move locally.

This was Vajpayee’s special connect with Himachal, which he fondly called his ‘second home’ and for which he would never miss an opportunity to come to and reciprocate by showering concern.

The small house that he built in Prini village, surrounded by forests in the vicinity of gurgling Beas River, in 90s now stands live with his memories, as he last visited it in 2006, never to come back due to ill-health.

“He had been coming to Kullu since 1974 and would stay in the RSS office in Akhada baazaar. He would sleep on the floor with other workers,” Thakur recollected.

Whenever Vajpayee visited Prini, even as a PM, he would specially call his close friend from tribal Lahaul Spiti district, Arjun Gopal (Tashi Dawa) for a chat. Gopal, however, passed away a couple of years back.

The locals shared that it was like a ‘mela’ with Vajpayee in Manali, with Bharatiya Janata Party (BJP) as well as Congress leaders queuing up to meet him to pay respect.

Vajpayee was fond of trout fish in food platter during stay in Prini that once, when the Patlikuhl trout farm nearby developed some problems in fish production, the then Congress government sent the officials fishing for ‘snow trout’ in the rivers across the state. But the former PM too kept Himachal’s place special in his heart— and he always showered concern on the state being at the helm.

So much that he would spontaneously announce financial help of crores of Rupees to the hill state, without any prior planning, on a little request by the leaders on the spot.

His biggest gift to Himachal Pradesh and the people of tribal Lahaul Spiti district is the multi-crore Rohtang project that he pushed hard for round the year connectivity to Lahaul valley, with strategic importance from defense point of view also in mind.

He even announced special industrial package for Himachal, being PM, which has done much good to the small state trailing in industrial development then.

Mourning his demise, the Prini villagers and the people in large numbers from Himachal are reaching Delhi on Friday morning to pay their tributes to Vajpayee, who made the tiny state feel big with his lovable presence.

They were very fond of Kullu tradition also. They Love To wear Kullu cap while visiting to kullu Manali.

Be Aware About Fake Kullu Shawls

Kullu Dussehra – A Perfect Place To Feel God on Earth

Why Weavers Came on Streets to Sell Their Art on Handloom?